This archipelago is formed by the Madeira Island with an area of 741 km², Porto Santo with 42.5 km², the Desertas Islands with a total of 14.2 km² comprising the three uninhabited islands, and by the Selvagens Islands whose set of 3 islands and sixteen uninhabited islets make up an area of 3.6 km². Of the eight islands, only the two largest (Madeira and Porto Santo) are inhabited and can be accessed via the Madeira Airport in Funchal and Porto Santo Airport.

Funchal, the capital city of Madeira, has access by sea, through a port with a modern station that stands out on the national scene, with regard to cruising. More than half a million passengers disembark here per year. The remaining islands are nature reserves.
For hundreds of years, Funchal was the only city of the Autonomous Region of Madeira, until 5 other cities gained this status between the end of the twentieth century and the beginning of the next century: Câmara de Lobos, Caniço, Machico, Santana and Vila Baleira.

The island of Madeira has a very rugged terrain, with the highest point being Pico Ruivo (1,862 m), the Pico das Torres (1,851 m) and Pico do Arieiro (1,818 m), respectively the third, fourth and fifth highest points of Portugal. The northern coast is dominated by high cliffs and in the western part of the island you find a plateau region, the Paul da Serra with altitudes between 1,300 and 1,500 m. 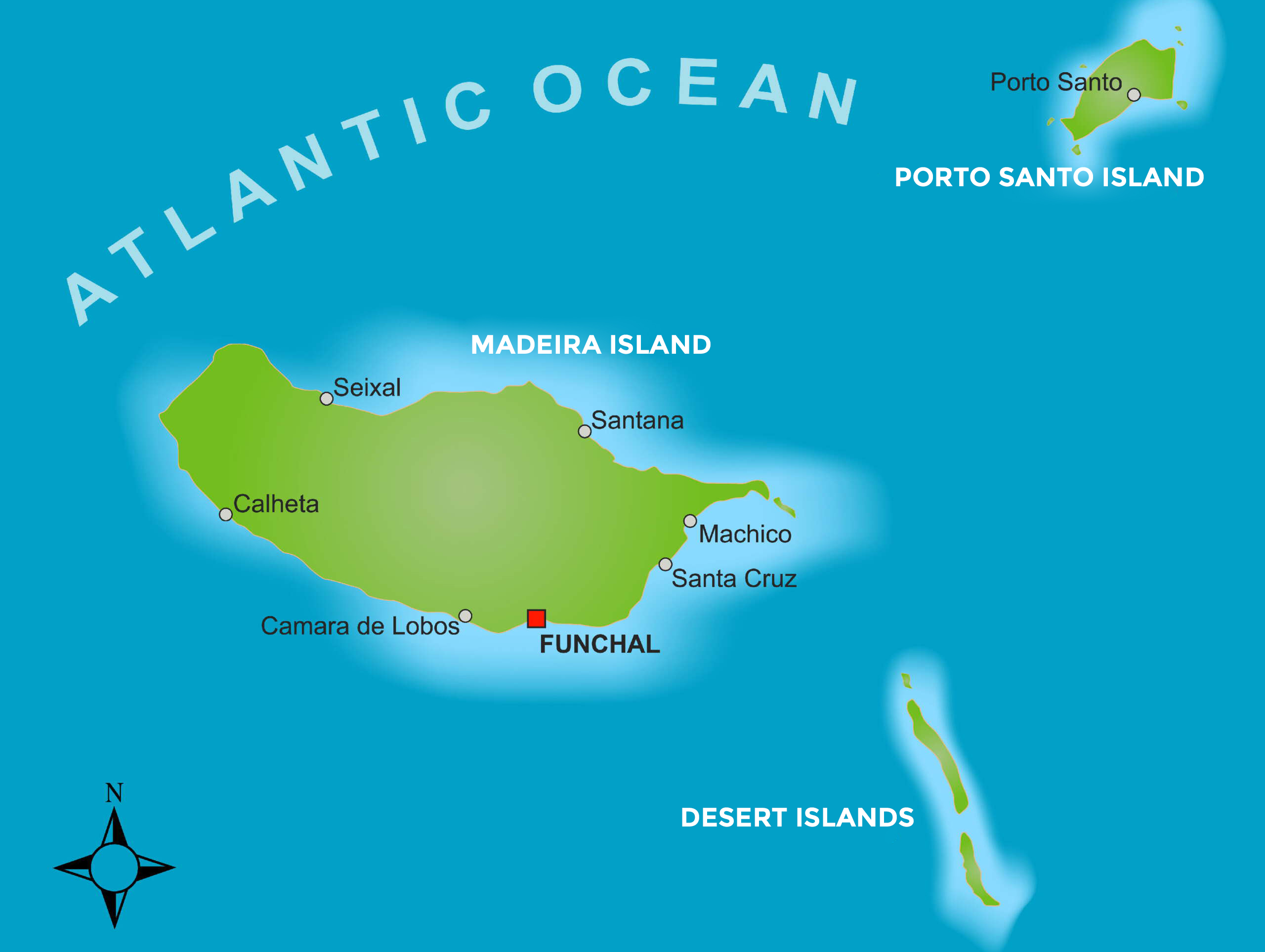 Sorry! There are no enabled booking or enquiry forms.