All the nine islands of the Azores Archipelago are  volcanic origin and are located in the North Atlantic, scattered along a 600 km stretch of ocean from Santa Maria to Corvo, approximately between 37° and 40° north latitude and 25° and 31° west longitude. According to 2011 data, 246,772 people live in this island territory that covers 2,325 sq.km, distancing 1,600 km from mainland Europe (Portugal) and 2,454 km from the North American continent (Canada).

The islands of the archipelago are divided in three geographical groups: the Eastern Group, comprising Santa Maria and São Miguel, the Central Group, including Terceira, Graciosa, São Jorge, Pico and Faial, and the Western Group, composed by Corvo and Flores. The Azores, along with the archipelagos of Madeira, Canary Islands and Cape Verde, constitute the biogeographic region of Macaronesia, a name which means “fortunate islands” for those who live there and visit them. 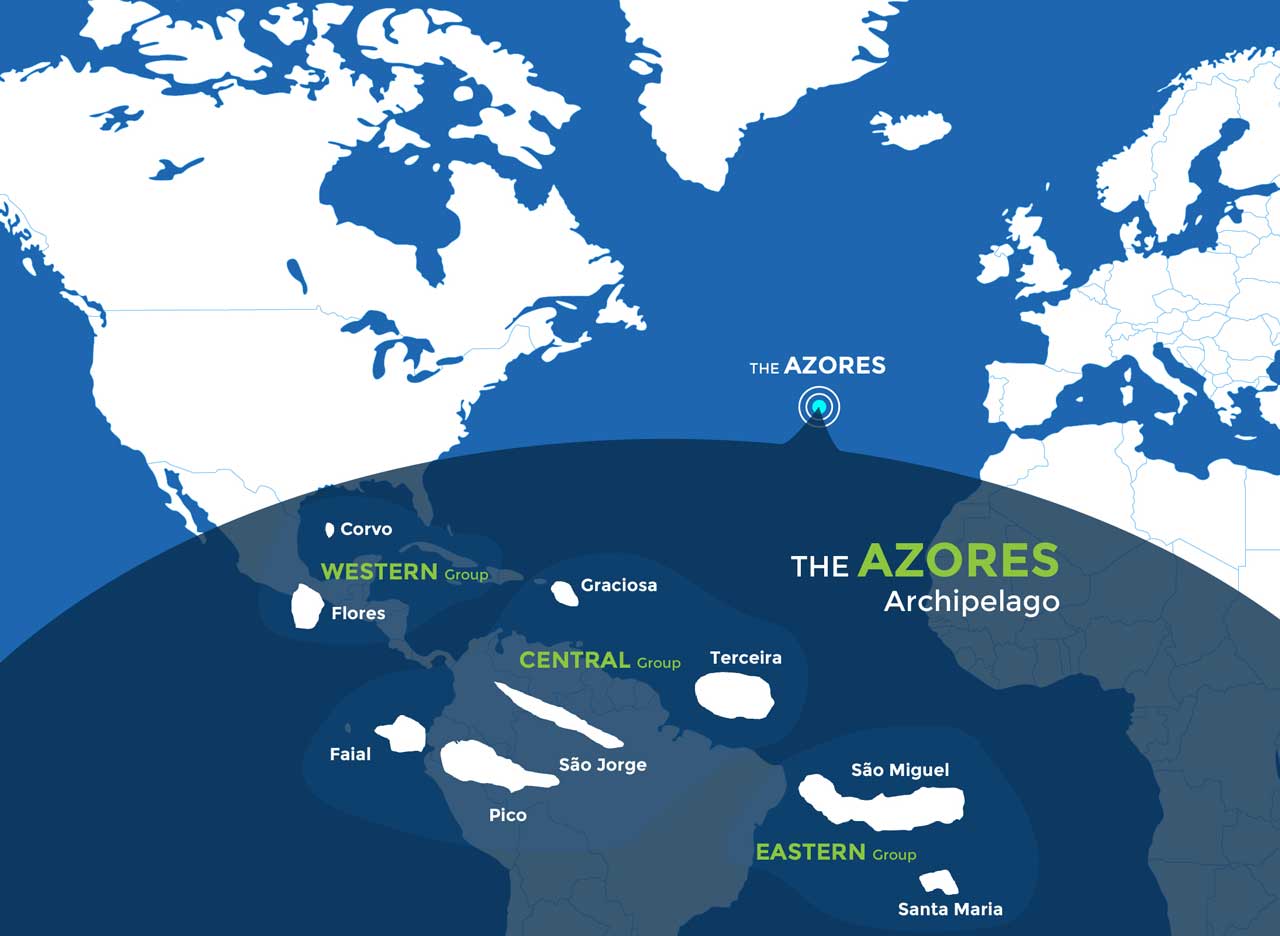