Azores Airlines (S4 / RZO) has announced that it will be launching flights between Ponta Delgada and Bermuda as of June 6, 2021. 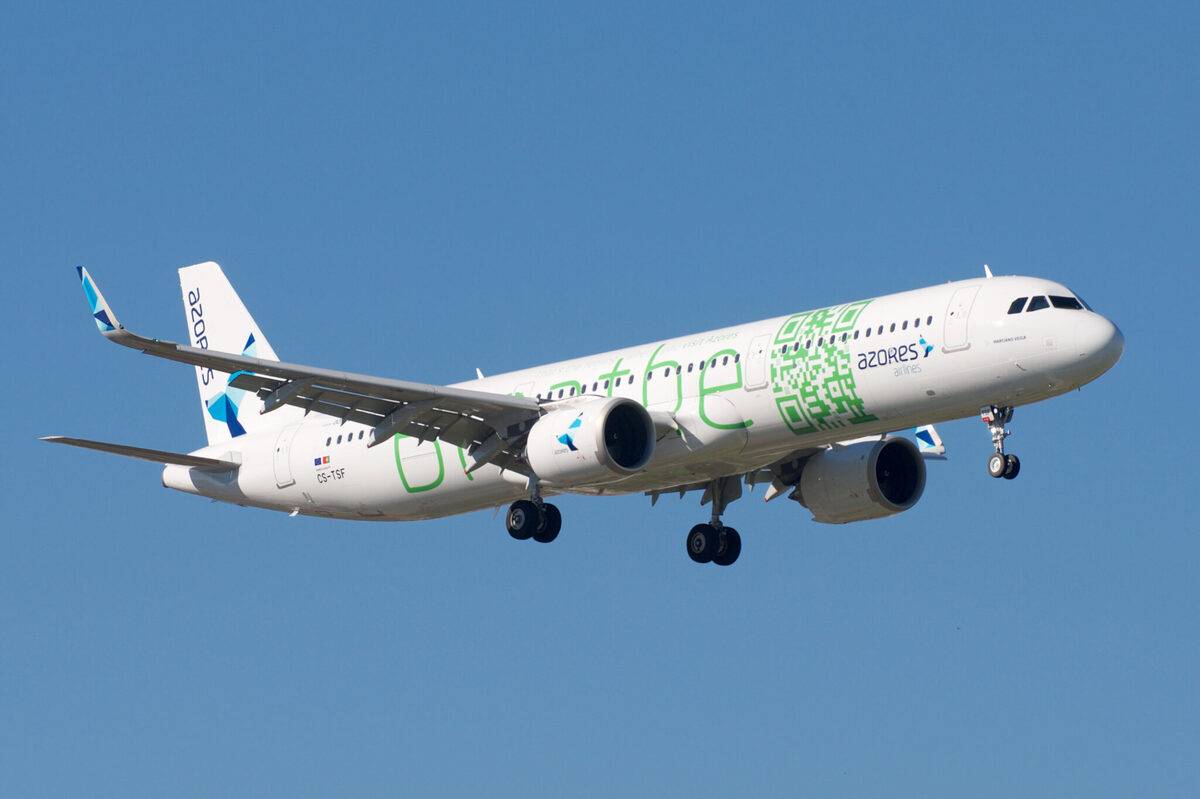 Airlines A321neo will operate the route. Photo: BriYYZ via Wikimedia

The new route will be operated once a week and will be a summer seasonal service, with service in the 2021 season ending on September 19. The flight will cover 2,224 miles and take about 5 hours and 10 minutes westbound and 4 hours and 45 minutes eastbound due to winds. Service will run on Sundays with the following schedule:

The 3,580-kilometer route is in the middle of the Atlantic. Image: GCMap.com

While the flight is between two Atlantic islands, it is nearly as long as the carrier’s Ponta Delgada to Boston route, and qualifies as a transatlantic flight by some standards. The flight will be operated with an Airbus A321neo featuring 186 seats, including 16 in business class and 170 in economy. When the airline takes delivery of new aircraft, it will replace the neo with its longer-range sibling, the A321neoLR, which will begin operating on the route.

While the route may seem random, the carrier does have some motivation behind launching the new service. The first reason is that Bermuda boasts a relatively large Portuguese population, meaning that there should be some demand for passengers wishing to visit friends and relatives. Additionally, Bermuda’s only other European direct link is to London on British Airways, so the Azores Airlines flight will give passengers more options, especially with the free stopover program the carrier offers, where passengers can add a few days in the Azores en-route at no additional cost.